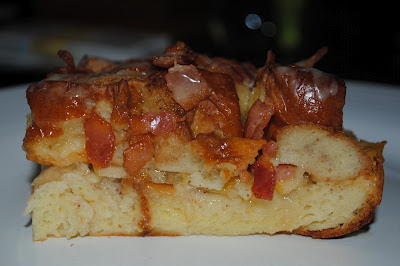 This recipe needs no introduction. Apple baked french toast with a maple bacon glaze. Yes, it's as good as it sounds. Make this for brunch, or your next potluck, or whenever you want to make people happy.