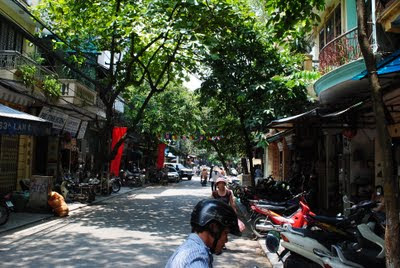 We were so excited to get to Hanoi! We were in Saigon and Hoi An last year, but this is our first time up north. Hanoi is such a beautiful city and we are staying in the middle of the Old Quarter. There are tons of pretty French buildings and watching the swarming scooters everywhere is hypnotizing. When our guide picked us up at the airport he said that all everyone does in Hanoi is eat, drink, and hangout....and that's exactly what we did today.
Bun Cha Dac Kim 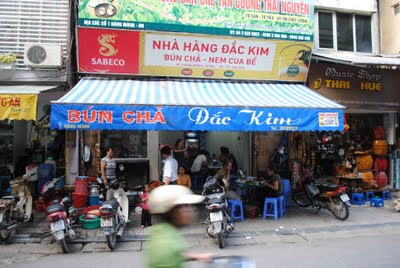 Bun Cha is one of the most popular dishes of northern Vietnam. Its grilled pork patties and grilled pork meat served with a huge plate of rice noodles, chili, garlic, fish sauce, cucumbers, and an enormous plate of fragrant herbs. It also comes with an order of the best fried spring rolls I've ever had. Bun Cha Dac Kim is known to have the best in Hanoi and, lucky for us, it is about 10 steps from our hotel. There is no menu, they just ask you want you want to drink and then start bringing out plate after plate of porky deliciousness. The ladies were so nice and showed me exactly how to make the perfect bun cha concoction. Will definitely be going back again before we leave. 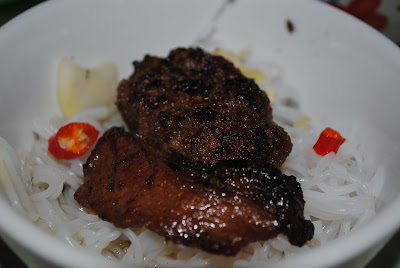 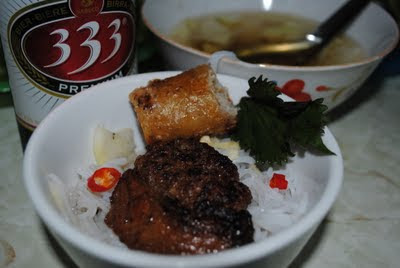 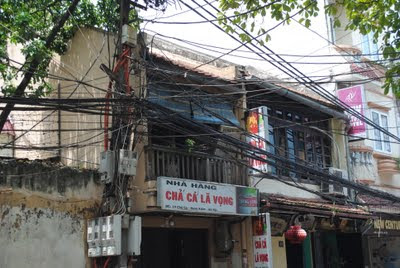 Cha Ca La Vong is a Hanoi institution. The restaurant is over a hundred years old. They serve only one dish, but man do they do it well. Cha Ca is a sizzling whitefish in a lemony peanut oily sauce. A lady comes out with a little individual gas burner and prepares it for you at your table. She dumps a bunch of greens, green onion and dill on top of the fish and sauce and stirs it around till the greens wilt. It is served alongside a heaping portion of fresh rice noodles, chili fish sauce, peanuts, and tumeric. The delicious fish with sizzling lemony sauce mixed with the rice noodles and fish sauce is incredible. It's not like anything we've ever eaten before and it was damn good. 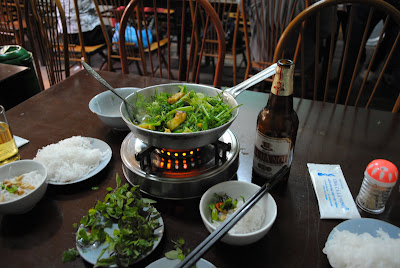 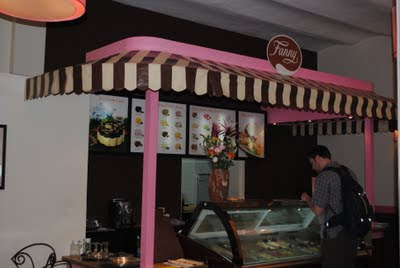 Fanny is home of sticky rice ice cream. It was awesome and great with a scoop of coconut. We went there twice yesterday. 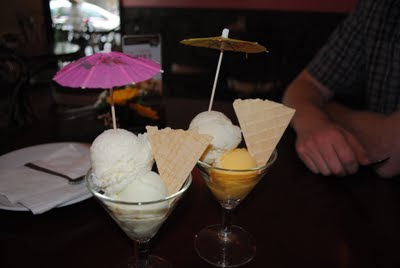 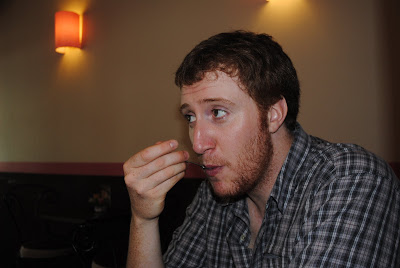 We stopped at this rooftop cafe for some really strong Vietnamese coffee. Great views. At night the lake is lit up with tons of different colored lanterns. We'll get some pics of that later... 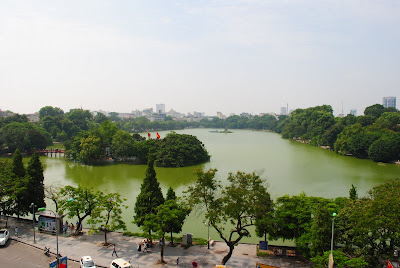 Later we walked through a night market and then stopped for some beers at a rooftop bar. 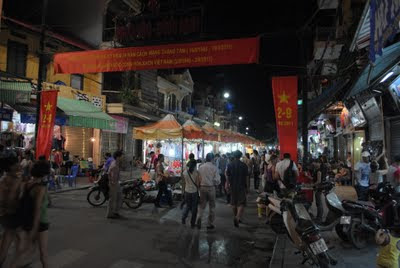 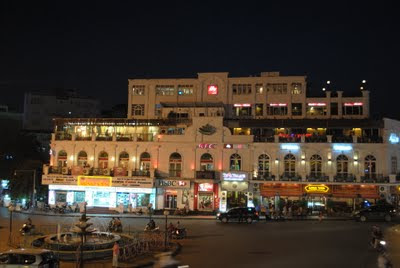 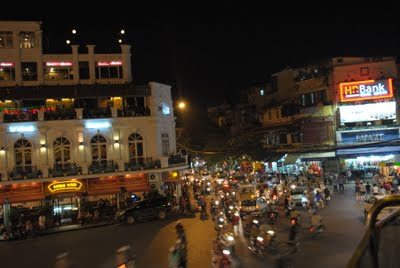 We also hit up 49 Bat Dan for some pho this morning for breakfast, but that deserved a post of its own.
Posted by Lindsey at 6:18 PM